At 7769 Santa Monica Boulevard in West Hollywood on May 17th 2016, balloons floated about Tashman Home Center’s new logo and sign as people streamed into the store to celebrate its 55th Anniversary.

The West Hollywood City Council also celebrated the day and West Hollywood Mayor, Lauren Meister, was there to present the Council’s Anniversary Proclamation to Kenny Tashman and his father, Mark, honoring Tashman’s 55 years in West Hollywood. 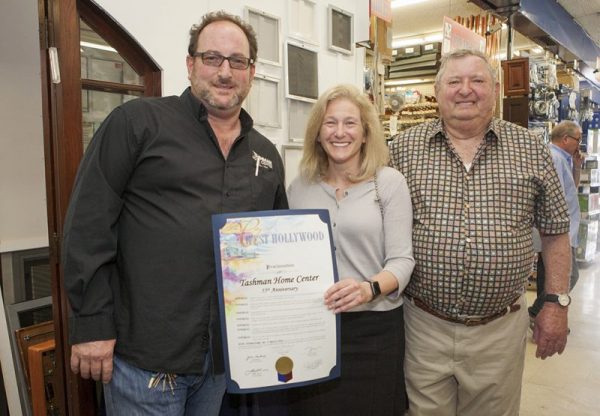 Kenny had selected May 17th as the day to celebrate the anniversary because it was Mark’s 79th birthday. Mark and his father, Charles, seeking the American dream, opened Tashman Screens in 1961. Three years later they expanded to Tashman Screens & Hardware. In 2015 – still at the same location,  Tashman Screens & Hardware became Tashman Home Center, now with three divisions: Hardware, Screens & Glass and Windows & Doors – specializing in installation and remodeling services. 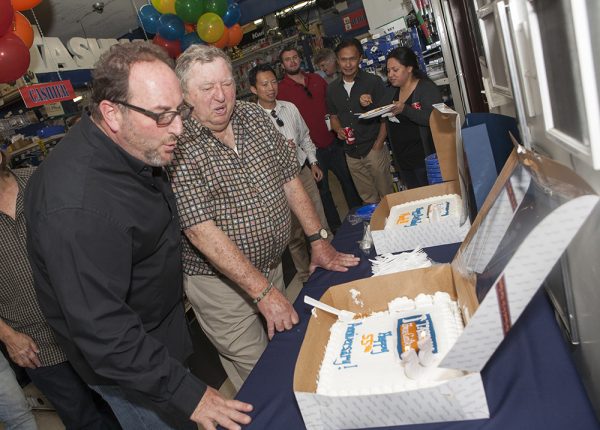 From 11AM to 2PM, friends and neighbors, old and new customers came and went – a couple came in to have a screen repaired and stayed for tacos and a beer. Kenny and Mark blew out candles on an anniversary and a birthday cake, the Mayor presented the Proclamation and for three hours all you had to do was walk through this crowded store or sit under an umbrella in the parking lot – negotiating a taco, to understand what a family owned, neighborhood home improvement store was all about.