How Window Screens & Doors Save Lives

Window screens and doors are one of those great modern conveniences that people rarely think about. They enable us to keep our windows open all hours of the day and night allowing those gentle ocean breezes to keep us cool and comfortable.

Screens also allow us to control our lives by regulating what passes or does not pass through them. They have helped protect people and save lives from the time the metal screen was invented right up to this very minute.

A Screen is Born

In 1861 Gilberr, Bennett and Company was manufacturing wire mesh sieves for food processing. An inspired employee realized that the wire cloth could be painted gray and sold as window screens and the product became an immediate success.* 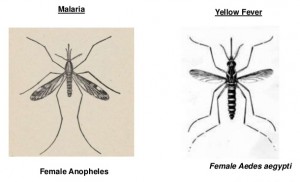 Screens have long been used to prevent the spread of dangerous mosquito-born illnesses. In 1900, a malaria outbreak in New Jersey was annihilated military-style by a man named John Smith, who organized “mosquito brigades” of people who cut ditches and poured oil over the water to kill mosquito larvae. In neighboring New York, screens were placed over the windows to help protect residents and prevent the spread of the illness.

While most people have never heard of the 1900 malaria outbreak in New Jersey, screens have played a major role in more high-profile disease outbreaks in history, like the one that happened during the construction of the  Panama Canal.

During the building of the Panama Canal more than 20,000 workers were killed due to the spread of two mosquito-born diseases: malaria and yellow fever. When the United States took over the construction of the Canal it introducd screens as a way of controlling their spread. 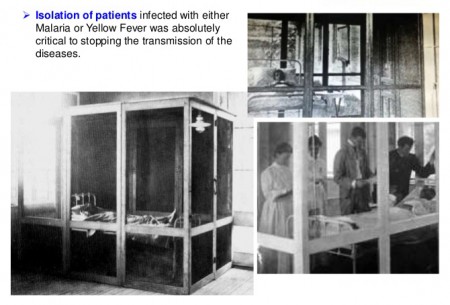 (head of hospitals and sanitation for the Canal’s construction) final means of attack on disease was to quarantine individuals infected with yellow fever or malaria from the rest of the workforce. Those who were diagnosed with either disease were put into “Portable Fever Cages”, easily transportable screened structures used to prevent mosquitoes from biting an infected person and carrying the disease to others.

Gorgas also had the thousands of canal workers sleep in screened verandas, as the mosquitoes that spread malaria are nocturnal and would infect the most people at night.  Wikipedia

Screens and the Zika Virus

Screens play an important role in disease control even today. In South America, where they’re having an outbreak of Zika virus, pregnant women are urged to stay indoors, away from mosquitos. (and of course, the indoors wouldn’t be any more safe than outdoors if it weren’t for screens.)

Even here in Los Angeles, where we’ve seen cases of West Nile virus, window screens help protect the public and stop the spread of disease.

Screens don’t just stop the spread of diseases, and or protect travelers from mosquitos and sparks. Screens play an important role in households everywhere.

Window screens and screen doors have been our speciality since opening our doors in 1961. Whether you want to install new, custom-made screens or replace old screens, we carry any screen type you could possibly want and if we don’t have it in stock, we’ll order it.

We’re proud to provide the people of Los Angeles with screens that promote good health, protect personal belongings and help keep children safe. For more information regarding custom or replacement window screens and screen doors, stop by Tashman Home Center (7769 Santa Monica Blvd., West Hollywood, CA 90046) or give us a call at (323) 498-2417 to set up an appointment. We have an experienced and knowledgable staff and we’d be delighted to learn what you’re looking to accomplish and how we might be of assistance.